After the collapse of communism, all the former Warsaw Pact have become pro-western capitalist liberal democracies. Most of them have joined the European Union and NATO.

Because of Bridgwater’s prompt intervention in Czechoslovakia in the months and years following the Velvet Revolution, the towns Internationalists are in a special position for establishing ongoing links accross the Region.

When Czechoslovakia became Czech Republic AND Slovakia in 1993 we chose to remain linked to both countries – hence putting us in an advantageous position to access Euro-Funding (often based on links with TWO or MORE accession states). When we developed links with more and more former Eastern bloc states we set up BRIDGWATER INTERNATIONAL – an Internationalist society for promoting peace, friendship and understanding across the former Soviet bloc.

Schools, sports clubs, local authorities, bands, choirs, trades unions, individuals, special interest groups and, well, probably anyone and anything you can think of, can come to us to find a link-up, develop a fact-finding programme or arrange a holiday.

On this page are some of the links we’ve organised in the past and continue to do so…BUT in 2016 Britain chose to LEAVE the European Union and sought a potentially disastrous path towards Brexit. By 2020 we still don’t really know what that means…. 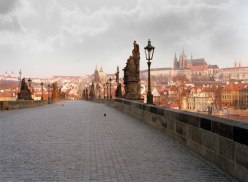 The former union with the Czechs ended in 1993 (without anyone asking anyone) and the beautiful mountainous Slovakia has now made its own way into the EU and NATO adopting the Euro in 2009. Our main links are with the High Tatra mountains where we either reach via Krakow flights or night train from Prague. Now you can fly direct from Luton to Poprad. 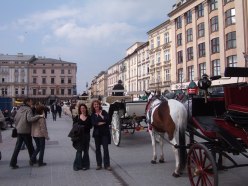 One of the first to leave the Communist orbit, Poland had suffered massively in World War II and is now one of the largest EU states. Our main contacts are in Krakow (Easyjet from Bristol) which is nearby to the Tatras mountains and also to Auschwitz.

Today Polish is the 2nd most dominant language in the UK.

The Hungarian Capital Budapest on the Danube is a popular second stop over to Prague now in East-Central Europe. Hungary was the dominant power in Slovakia and other neighbouring states for 300 years and sided with the Germans in World War II, but today is a prominent EU state and NATO member.

Formerly a part of the Soviet Union and with a large Russian population, Lithuania is a Baltic state with its own language. Today a member of the EU and NATO. Most of our contacts here are in the capital Vilnius but there are no direct flights from the West Country.

We also had tentative links with Latvia..maybe they’ll come back?

The northernmost part of the former Yugoslavia and thereby spared much of the bloodshed of the Civil war in the 90’s, Slovenia is a small compact Switzerland of a place with snowcapped mountains, lakes and even an Adriatic coast. Our main links are in Bled and Bohinj. Flights from Bristol are handy to add a day in Venice. Slovenia is in the EU. 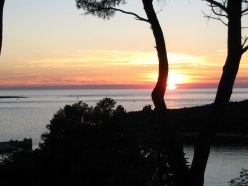 Former Yugoslav state on the beautiful Adriatic coast. Flights from Bristol to Split or to nearby Venice. Involved in a bloody war with Serbia in the 90’s. Now an EU member state.

So far we’ve made links with several Croatian towns from Pula to Vrsar to Makarska to Dubrovnik and usually pop over the border to Bosnia. 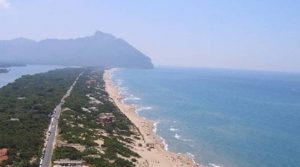 Because Uherske Hradiste had an Italian twin town Bridgwater also made friends and now has extremely good links with Priverno in the Lazio region  just south of Rome. One of our best links in 2020.

Italian students regularly do work experience in Bridgwater these days 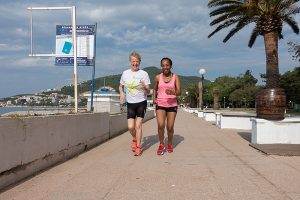 Because of our Czech links we made Yugoslav links and thereafter we developed links as far south as Montenegro where we have taken groups to Herzeognovi and to Budva where we now have very good links. And they also have a carnival.

We have already take choirs and football teams over there. 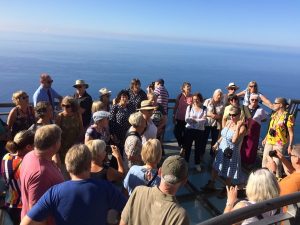 Bridgwater’s latest foreign link is with the Portuguese island of Madeira. Twinning with the small town of Camacha we nevertheless have links with other communities including the capital Funchal. 2 trips so far plus a major return trip by a Madeiran choir just before the Coronavirus broke!

If you would like to contact us, email the Adminstrator of Bridgwater International, Brian Smedley, at bridgwaterinternational@gmail.com