The Conservatives were the first to announce their candidate – Patrick Gerald Heathcoat Amory of Tiverton had beaten Captain Guy Fanshawe of South Petherton for selection, and announced 64 meetings with the full backing of Colonel ETR Wickham,Taunton’s sitting Tory MP.

Heathcoat Amory – only 26 – said, “It’s a great opportunity for the people to vindicate the Prime Minister and the great policy which he had put forward.”

Harold Scholfield – the Liberal agent now signed up to the Bartlett campaign – announced in response, “There will be a contest and Mr Vernon Bartlett has announced he will stand as an INDEPENDENT candidate provided he has the support of Liberal and Labour electors – and on the understanding there will be no Labour candidate standing. In the event of Mr Bartlett not standing the Liberals have another candidate.”

The Labour Party held a series of emergency meetings to discuss the election, in response to a flurry of letters to the papers calling for a united anti-government candidate.

ES Gray (Moorland) wrote to paper, “Sir, they have named a Conservative candidate for the by-election – could not the Liberal and Labour parties come to some arrangement to run a candidate that would get the support of both Lib and Lab voters?” Another reader, calling himself ‘PROGRESSIVE’, wrote, “There is a solid argument for the single ‘progressive candidate’. United we stand divided we fall. Let us tell Fascism ‘You have been given enough.’ “

Not everyone was happy, however. One correspondent calling themself ‘ELECTOR’ wrote complaining that  “the election will disrupt trade in the weeks running up to Xmas and people should be thankful for the peace the National Government has brought!”

Although November began as usual in Bridgwater, with the town’s famous Carnival wending its way through the streets with its usual blend of anarchy and jingo, the Election campaign kicked off at a relentless pace. Bartlett was especially active, attending a gruelling string of meetings organised and supported by Richard Acland and others.

Acland thought meetings had to be short and to the point (ie. usually repeatedly hammering home the same points over and over again) and and were set up to resemble a railway timetable so people would remember them. One week saw Tuesday, 7.00 Bawdrip, 7.30 North Petherton, 8.00 Blake Hall, Wednesday, 6.30 Woolavington, 7.15 East Huntspill, 7.30 Highbridge, 8.00 Burnham. From the campaign’s headquarters at Meadway the Drapers – 20 Eastover, now ‘Proper Job’ – Acland strategised for the fight ahead of him.

Heathcoat Amory’s opening meeting was at Wembdon. He pinned his anti-socialist colours to the mast nice and early: “Socialists are trying to set class against class, creating envy and discontent, there will be only one conclusion… civil war! I’ve been to Spain and I know what that means! The Spanish Government was not democratically elected – but merely by a minority.”

Lord St Audries spoke in support, “…the longer war was delayed the less likely war was to come.”

Colonel Wickham MP added that “…the eyes of the Nation and indeed the world are fixed upon Brdgwater, and I have not the slightest doubt that Mr Amory would get in.” He also attacked Liberal ex-Prime Minister Lloyd George as responsible for bringing about the current crisis through the post-conflict settlement he and other world leaders had pushed through after the First World War, and asserted his belief that “…Mr Chamberlain did the best thing for Britain, France AND Czechoslovakia.”

At the Blake Hall, the eighty delegates of the Liberal council unanimously supported Bartlett’s candidacy. The following Wednesday evening, a Liberal-Labour co-ordinating committee met to discuss the terms of their alliance, and issued a joint declaration of support for the Barlett campaign.

Some questioned Bartlett’s candidacy – he was a journalist from London with little or no real connection to Bridgwater. Bartlett tried to justify his campaign by reminding voters that his grandfather had been the rector of Thurloxton – but aside from this, his real ‘local’ connection lay in the fact his voice could be heard almost daily in people’s homes through the wireless.

On the Thursday that Bartlett announced his candidacy, the Minehead Labour Party announced its unanimous support. Bartlett spoke at the gathering, setting out the international focus of his campaign: “My plea is for a foreign policy based on principle.”

The meet was heavily crowded, and loud-speakers were used to project it into the streets for the crowds who couldn’t get in. The chair, Eli Bryant, roundly condemned National government policy: “every time the government gave way then war came nearer our shores. Since 1931 there has been a policy of concession after concession – Manchuria – Abbysinia – Austria – retreat after retreat!”

With the two ‘progressive’ parties swinging behind him locally, Bartlett had enough support to believe his campaign had a chance.

The Bridgwater Mercury reported the candidates’ speeches in great detail, even including interjections from the floor. Meanwhile, passionate political exchanges continued to be waged on the paper’s letters page.

A. Patriot wrote that “he intended to vote for Bartlett because of all the betrayals by the Government.”

J. Carthew-Baker argued for support for Heathcoat Amory by quoting a speech by ex-Liberal leader Herbert Samuel: “the French-British peace plan forced on Czechoslovakia was inevitable”. On the side, he accused Bartlett and co of “stirring up opposition when what the government needed was unity.”

Daisy Pryce Mitchel (wife of the vicar of St. Marys) made “a woman’s appeal to women. Peace and support for Mr Chamberlain.”

The Co-op Party sent out a questionnaire to both candidates: “Mr Bartlett responded immediately, Mr Heathcoat Amory didn’t even reply nor acknowledged receipt of the questionaire. Thereby we urge all co-operators to support Bartlett’s campaign as the only way for a real and lasting peace.” Signed. R Moles president / MW Woodbury secretary.

Joe King (70 Polden St), a former Labour councillor and co-op member, wrote to strongly contest this, “The Co-op Exec has no right to pledge members to vote for a person who is not a member without asking the whole society first! I claim the unreserved right to vote as I choose and not to have my vote bartered away by irresponsible partisans.”

BRITISH BLUFF wrote, “Whilst a lifelong Conservative voter I note the split in the conservative party means that traditional party voters can vote not along party lines. National Government policy has not brought us safety or honour and cowardice in the long run does not purchase peace.”

Heathcoat Amory stepped up his argument, “I support the Prime Minister and the whole of his policy completely and without reservation.” At a Highbridge meeting he was constantly harangued from the floor largely by Bud and Ivor, the communist Fisher brothers, who highlighted links between the Tories to Franco’s fascist regime in Spain and baited him on his views about ‘class war’.

Bartlett made his position clearer: “I am fighting the election solely on foreign policy issues and and advocating a basic return to the principles of the League of Nations.”

Political battle lines were being drawn, with little indecision between the two positions. Everyone seemed to have a point of view.

At a town hall meeting in Burnham-on-sea, Heathcoat Amory had another rough ride from hecklers in the audience, despite the formiddable Tory Cllr Akerman in the chair.

Meanwhile a Bartlett campaign meeting in Bridgwater’s Blake Hall was passionately addressed by Acland, who declared he was speaking not as Liberal MP for North Devon but as an elector in the Bridgwater division. He appealed to Conservatives to put their country before their party and the meeting closed with a verse of the National Anthem.

At Burham town hall, Bartlett repeated a quote from when he had met Mussolini “If you don’t like dictators, remember that dictators want to keep their jobs!”

Mr Basil Lott, organiser of the Socialist Youth Group in Bridgwater, also spoke in support of Bartlett saying he was “representing the Labour Party”, although he wasn’t and would be expelled later because of this.

Bud Fisher consistently heckled from the balcony, asking the speakers for their “views on conscription and … the conscription of wealth,” and also challenging them to “give one single instance of where Hitler has kept his word.” Heathcoat Amory replied, “the way to deal with Hitler is to grasp him firmly by the hand and never take your eye off him.”

This meeting was massively attended with Anderson and Wall providing loud-speakers for the many still in the street. The banter between Bud Fisher and Heathcoat Amory was relayed around the High Street and when yet another strong Welsh accented question piped up, Heathcoat Amory was heard to shout desperately, “If you don’t hurry up to get back to Wales, you might lose your train.”

Herbert Dunnico tried to assert the National government’s ailing cross-party credentials: “I am National Labour in politics and have been prominent in all movements to promote peace.”

On November 8 the Mercury published the Co-Op position of support for Bartlett.

“It’s a great opportunity for the people to vindicate the Prime Minister and the great policy which he had put forward.” Patrick Heathcoat Amory-National Conservative candidate.

“Every time the government gave way then war came nearer our shores. Since 1931 there has been a policy of concession after concession – Manchuria – Abbysinia – Austria – retreat after retreat!” Vernon Bartlett -Independent progressive candidate 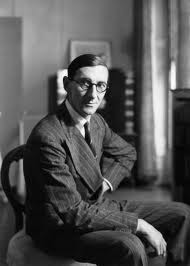 Sir Richard Acland , MP for Barnstaple, spoke passionately and announced he was addressing them not as Liberal MP for North Devon but as an elector in the Bridgwater division. He appealed to Conservatives to put their country before their party and the meeting closed with a verse of the National Anthem.